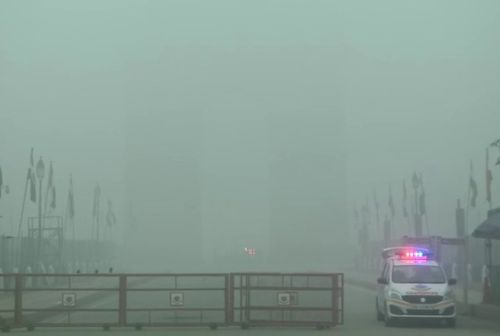 Five flights have been diverted at Delhi airport due to dense fog on Wednesday morning, an airport official said.
"Five flights diverted as captain was not trained to land under CAT  conditions," the official said.
When the runway visual range is minimum 200 metres, then only that pilot -- who is trained in instrument landing system Category 3A (CATIIIA) -- can land the aircraft.
If the RVR is minimum 50 metres, then a pilot who is trained in using CATIIIB landing system can land the aircraft at the airport. -- PTI
« Back to LIVE