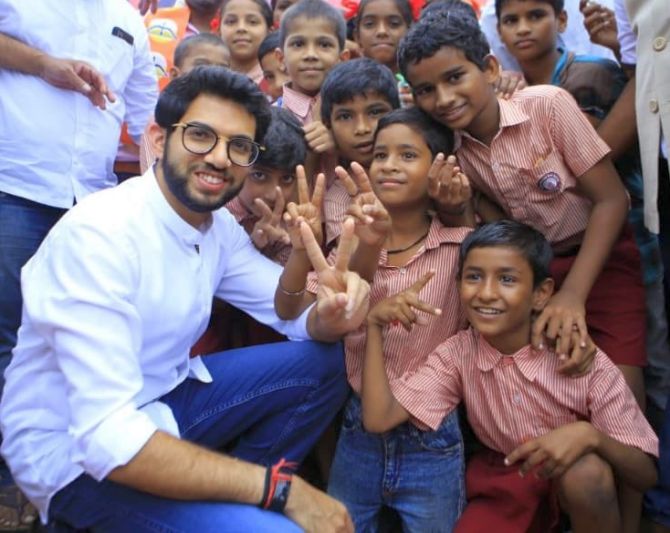 Maharashtra tourism minister Aaditya Thackeray on Saturday said that shops, malls and eateries in the non-residential areas of Mumbai will have the option of remaining open 24x7 from January 26, although it will not be made compulsory.
Giving examples of nightlife in London and Indore city of Madhya Pradesh, Thackeray said Mumbai, too, should not lag behind in providing similar facilities to people at night as the metropolis functions 24x7.
Talking to reporters, he also said that associating nightlife with alcohol consumption alone was wrong.
"Mumbai functions 24x7. If online shopping is open 24 hours, then why should shops and establishments be kept shut at night. It is not compulsory for the shops and malls to be open at night. It is up to them if they wish to remain open. No norms have been changed," he said.
The 29-year-old Yuva Sena chief, who has been batting for all-night-open eateries and other establishments in the city since 2013, said the government would not tinker with the Excise norms.
"We are not tinkering with the Excise norms," he said.
Thackeray said London's night time economy is worth five billion pounds.
"Indore's Sarafa Market is also open at night. Even Ahmedabad city has made some changes in its policy last year. Then why should Mumbai lag behind?...We are just providing facility for food and shopping for 24 hours in non-residential areas," he said. -- PTI
« Back to LIVE