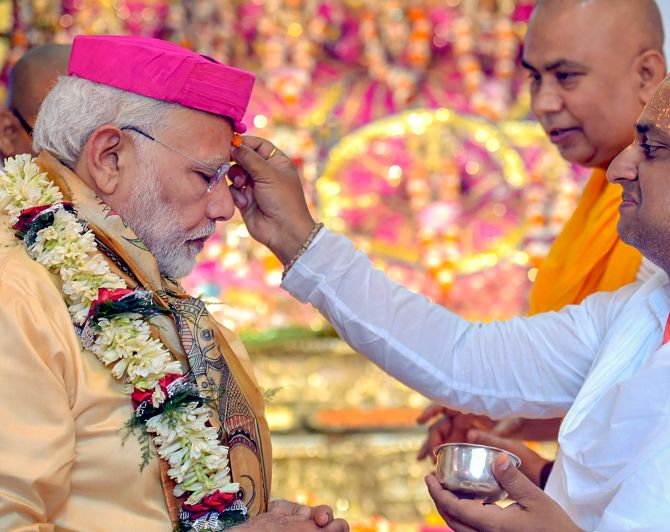 Union home minister Amit Shah on Saturday called Prime Minister Narendra Modi as the "flag bearer" of the Indian culture and tradition.
In his speech at an event organised by Vedanta Bharati in Bengaluru, Shah said, "Prime Minister Narendra Modi is touring across the globe as the flag bearer of the Indian culture and tradition."
To buttress his point, the Bharatiya Janata Party national president said Modi took a holy dip in Ganga and attended Ganga Arati in Varanasi before taking oath as the prime minister.
It was for the first time that Modi sent red sander to Pashupatinath Temple in Nepal to perform special prayers on behalf of the government of India.
Shah also slammed the previous governments for their wrong interpretation of secularism, preventing them from honouring the best things of the country.
"But after a long interval we have a prime minister who sends across the message that we have a lot to give to the world," Shah said -- PTI
« Back to LIVE