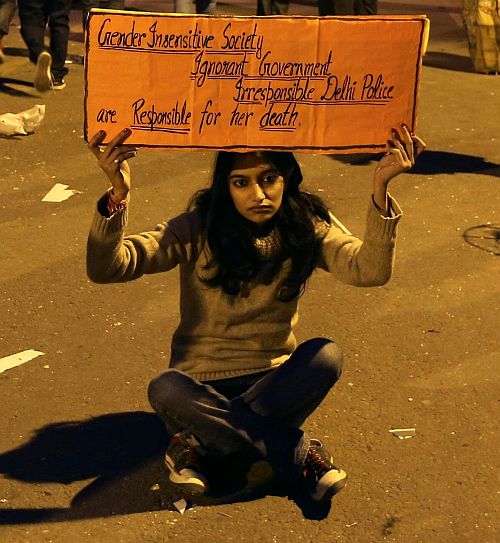 A Delhi court convicted two men on Saturday for raping a five-year-old girl in east Delhi in 2013.
Additional Sessions Judge Naresh Kumar Malhotra convicted Manoj Shah and Pradeep Kumar in the case, and said the child, who was just five years old, experienced exceptional depravity and extreme brutality.
Shah and Kumar had raped the girl at Gandhi Nagar area and shoved objects in her private parts on April 15, 2013.
They had fled after committing the crime, leaving the victim at Manoj's room believing her to be dead. The child was rescued 40 hours later on April 17, 2013. -- PTI
« Back to LIVE