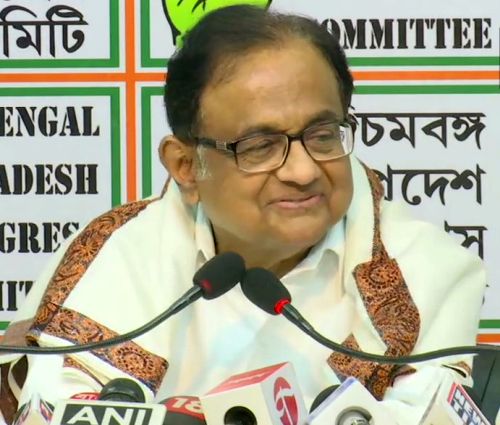 Congress leader and former home minister P Chidambaram said on Saturday that after the "Assam NRC fiasco", the Narendra Modi government has quickly "changed gears" and is now talking of NPR.
Speaking to reporters in Kolkata, Chidambaram said that NPR is "nothing but NRC in disguise".
"Our purpose is to fight the sinister purpose of Citizenship (Amendment) Act and the National Population of Register and mobilise public opinion against them.
"Our stated position is that we will not agree to NPR being rolled out from April 2020," he said.
The Congress leader said, the Constitutional validity of CAA lies with the Supreme Court.
"We are fighting against NRC and CAA. Sometimes together, sometimes differently. The important thing is that we are fighting.
"All parties fighting against NPR, CAA and NRC must come together and I am confident they will," he said.
He said that the BJP had failed to gauge the strength of the opposition and thought it as a 'passing cloud'. -- PTI
« Back to LIVE