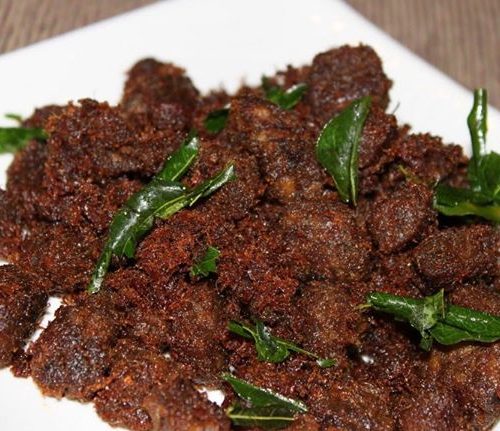 After a storm erupted over a "beef fry" tweet by Kerala Tourism on Makarasankranti day, the CPI(M)-led LDF government on Friday clarified its aim was not to hurt anyone's religious beliefs. Tourism Minister Kadakampally Surendran criticised those who were trying to give a communal colour to the Tourism department tweet on the Kerala delicacy -- "Beef Ularthiyathu" and said in the southern state no one links food with religion.
"Tender chunks of beef, slow-roasted with aromatic spices, coconut pieces, and curry leaves. A recipe for the most classic dish, Beef Ularthiyathu, the stuff of legends, from the land of spices, Kerala," the tweet read along with a recipe link.
Some Twitter users had showed their displeasure as the tweet had appeared on January 15 on Makarsankranti day, a Hindu festival celebrated as Pongal, Bihu and Lohri in other parts of the country.
Surendran said those trying to communalise the matter were the ones who were creating a controversy by saying that pictures of pork dishes should also be uploaded by the department. Various dishes made of pork are already on the website, he pointed out. -- PTI
« Back to LIVE