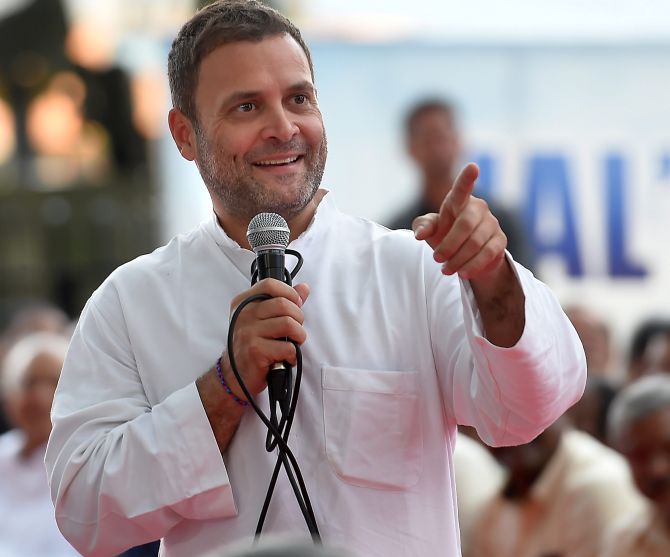 BJP plays it's favourite 'Pappu' card.
The party's working president J P Nadda on Friday took a dig at Congress leader Rahul Gandhi, saying he has no knowledge and understanding of the amended Citizenship Act and dared him to speak 10 sentences on the law. Accusing Gandhi of misleading the country, Nadda said at an event that the amended law is for minorities who faced religious persecution in neighbouring countries for years and had taken shelter in India. He said that those opposing the amended citizenship law were essentially "weakening" the country.
Nadda also alleged that the opposition parties were left with no issues against the Modi government which, he said, solved problems that had been pending for over 70 years in six months.
-- PTI
« Back to LIVE