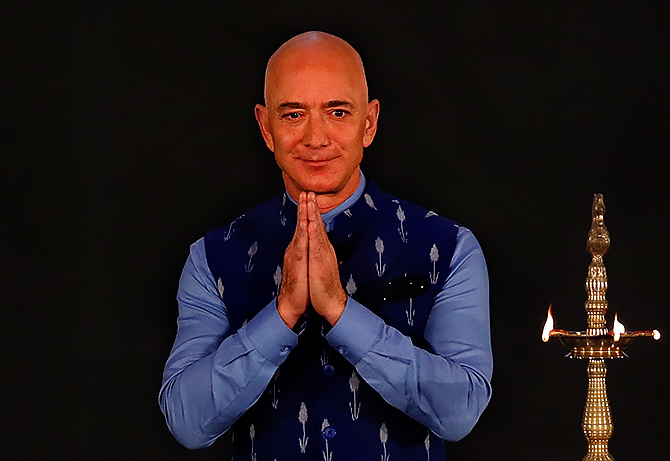 The richest man on the planet, Amazon founder Jeff Bezos, left India last night after being snubbed by the government during his three-day visit to the country.
Prime Minister Narendra Modi and Minister for Commerce and Industry Piyush Goyal did not give an appointment to Bezos during his visit, government sources told ANI.
A senior official said the meetings did not take place this time as the world's largest e-commerce player is surrounded with controversies.
India's anti-trust body Competition Commission of India is probing the business model of Amazon and Flipkart following allegations of predatory pricing, deep discounting, exclusivity and preferential seller treatment.
Amazon is facing a similar investigation in the United States and Europe.
On Wednesday, Bezos announced plans to invest one billion dollars (about Rs 7,092 crore) in India and enabling 10 billion dollars in cumulative exports in the next five years by digitally enabling micro, small, and medium enterprises and traders.
But more than five lakh traders came together under the umbrella of Confederation of All India Traders (CAIT) to protest against Bezo's visit.
CAIT Secretary General Praveen Khandelwal said Amazon follows unethical and monopolistic business practices, and the trade body will organise protests in 300 cities to oppose them.  -- ANI
« Back to LIVE