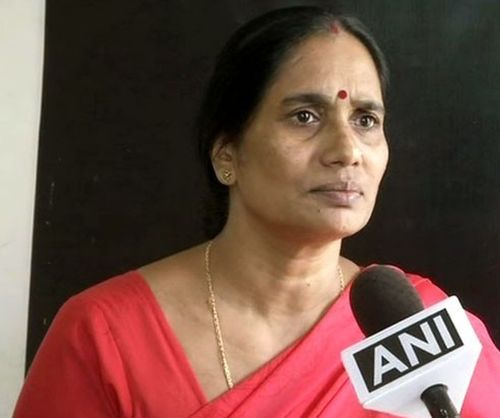 Asha Devi, mother of the 2012 Delhi gang-rape victim, also called Nirbhaya, on reports that the Congress could field her against Delhi CM Kejriwal on the New Delhi seat: "I have no interest in politics. I have not spoken to anyone in Congress. I only want justice for my daughter and execution of the convicts."
Her statement comes after Congress leader Kirti Azad tweeted, "Ai Ma tujhe salaam. Asha Deviji aapka swagat hai. Salute you, mother. Asha Deviji I welcome you," which led people to believe that he was inviting her to join the party.
Tihar jail authorities Friday sought from a Delhi court issuance of fresh death warrants against the four convicts in the Nirbhaya gang rape and murder case. Additional Sessions Judge Satish Kumar Arora directed the jail authorities to inform the court by 4:30 pm on whether Mukesh, one of the four convicts, has been informed that his mercy petition was dismissed by the President.
Public Prosecutor Irfan Ahmed told the court that Mukesh's mercy plea was rejected by President Ram Nath Kovind on Friday. The court was hearing a plea by one of the four death row convicts in the case, Mukesh Kumar Singh, seeking postponement of the date of his execution on January 22.
The 23-year-old paramedic student, referred to as Nirbhaya, was gang raped and brutally assaulted on the intervening night of December 16-17, 2012 inside a moving bus in south Delhi by six persons before being thrown out on the road. She died on December 29, 2012 at Mount Elizabeth Hospital in Singapore.
« Back to LIVE