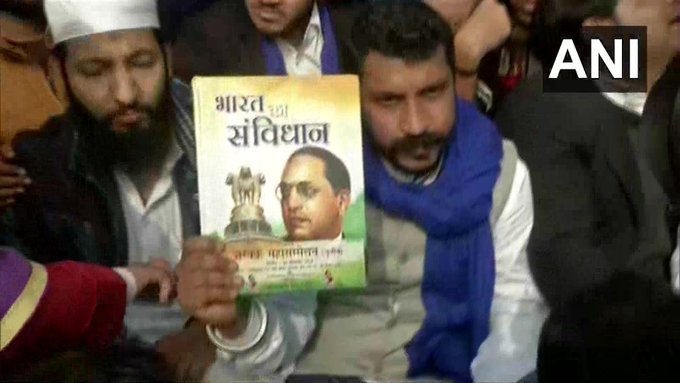 Hours after being released from Tihar Jail, Bhim Army Chief Chandrashekar Azad visited the historic Jama Masjid on Friday. Flanked by his supporters and locals, Azad read out the Preamble to the Constitution. Calling for a repeal of the Citizenship Amendment Act, which he termed as a "black act", he said nothing is more important than keeping the country together.
Azad, 33, broke bail conditions, which said he cannot hold protests in Delhi, he has to leave the city and has to keep the police posted whenever he returns to the national capital for medical treatment. PTI
« Back to LIVE