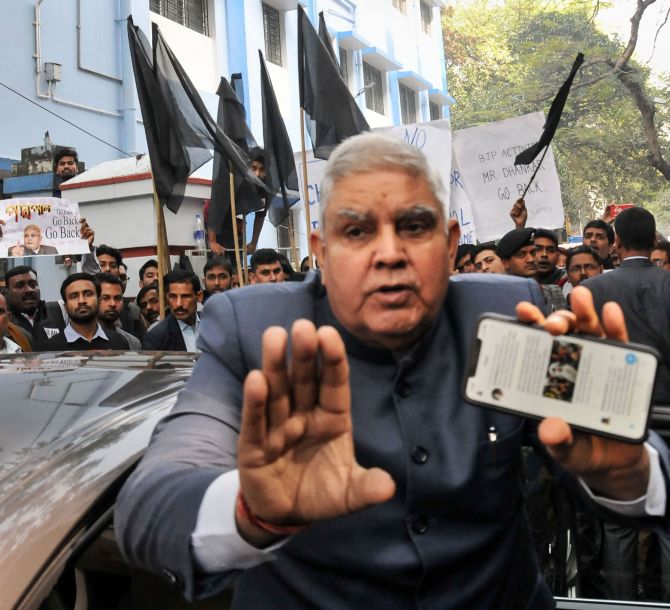 West Bengal governor Jagdeep Dhankhar on Tuesday claimed flying objects existed during the period of Ramayana and the arrows of Arjuna of Mahabharata had atomic power.
"It is not in the 20th century, but it was during the period of Ramayana, we had flying objects (Udan Khatola). Sanjay narrated the entire war of Mahabharata (to Dhitarasthra) not from TV. The arrows of Arjuna in Mahabharata had atomic power in it," Dhankhar said while addressing a programme here.
In Mahabharata, it is said that Sanjay, even after staying away from the battle had narrated what was happening in the battlefield to Dhritarashtra, who was blind. -- PTI
« Back to LIVE