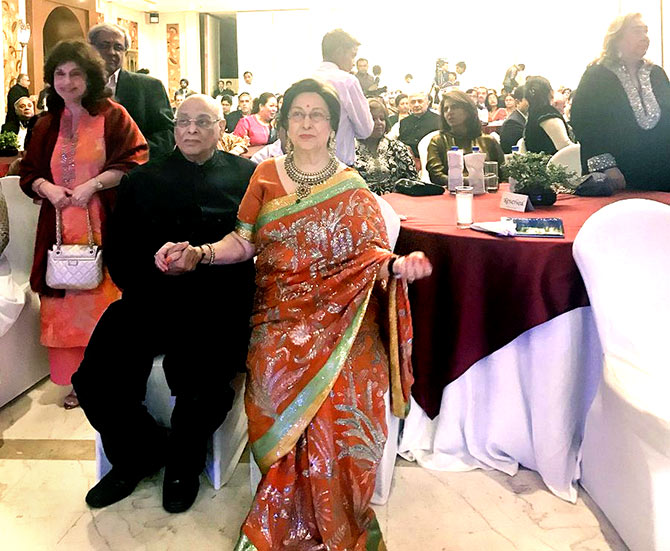 Ritu Nanda, entrepreneur and daughter of late Bollywood actor-filmmaker Raj Kapoor, passed away on Tuesday in New Delhi. She was 71.
Ritu is the sister of Rishi Kapoor, Randhir Kapoor and Rajiv Kapoor.
Ritu Nanda passed away early morning today. She was suffering from cancer. We are in Delhi. The funeral is today, Randhir was quoted as saying to Indian Express.
Born in 1948, Ritu, an entrepreneur associated with the life insurance business, was married to late industrialist Rajan Nanda. Their son Nikhil Nanda is married to Amitabh Bachchans daughter Shweta. She is the grandmother of Navya Naveli Nanda and Agastya Nanda.
Ritu Nanda was diagnosed with cancer in 2013 and underwent treatment in the US. Among the several awards and honours, Ritu also holds a record of selling 17,000 pension policies in a single day, for which she also entered the Guinness Book of Records.
Image: Ritu Nanda with her husband Escorts Chairman Rajan Nanda
« Back to LIVE