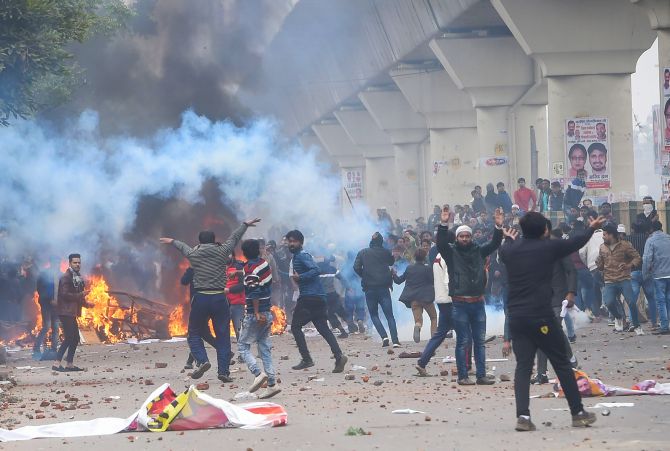 A team comprising members of the National Human Rights Commission will visit the Jamia Millia Islamia University on Tuesday to conduct an investigation on several issues. The team will investigate the incident of violence, that took place on December 15, of the lathi-charge by the police, ruckus in the university library and lathi-charge on students. They will also speak to the injured students.
Massive and violent protests against the Citizenship Amendment Act took place on December 15 in Jamia between the Delhi Police and students of University. The agitators had set ablaze four buses near New Friends Colony, injuring at least six policemen and two fire brigade personnel.
Locals of the Sarai Julema are in Jamia Nagar had allegedly clashed with police. The situation turned critical when the police got into action. Several Jamia students are also said to have been injured in the clash. Around 100 students were also detained by the police but were released later.
On Monday, university Vice-Chancellor Najma Akhtar had said that Delhi Police entered the campus without permission during the anti-CAA protests and the process of filing an FIR against them will begin from Tuesday.
"The FIR process is going on but what you are demanding cannot be fulfilled as we are government employees. Regardless of all that we have sent our objection to the same government we work for. Delhi police entered the campus without any prior permission and the fight against the attack will continue," Akhtar said while interacting with the students.
« Back to LIVE