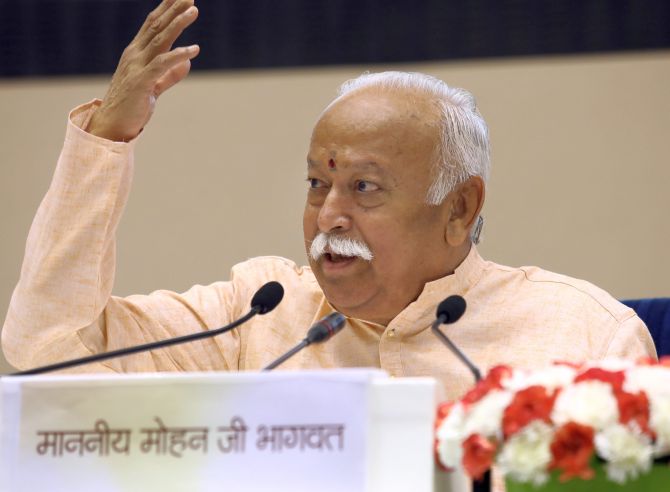 Rashtriya Swyamsevak Sangh chief Mohan Bhagwat on Tuesday said Indians' mindset is to find unity in diversity rather than looking at diversity in unity.
He said these days differences on the basis of caste, religion and political affiliation are dominating society.
The whole world is plagued by the wrong approach of looking at differences within society and Indians should take the lead in correcting this trend, he said while speaking at an event to inaugurate a medical dialysis centre in the national capital.
"We (Indian) people don't find diversity in unity and we look at unity in diversity," Bhagwat said.
He said RSS workers always work for the welfare of society without any intention of earning name or fame. -- PTI
« Back to LIVE