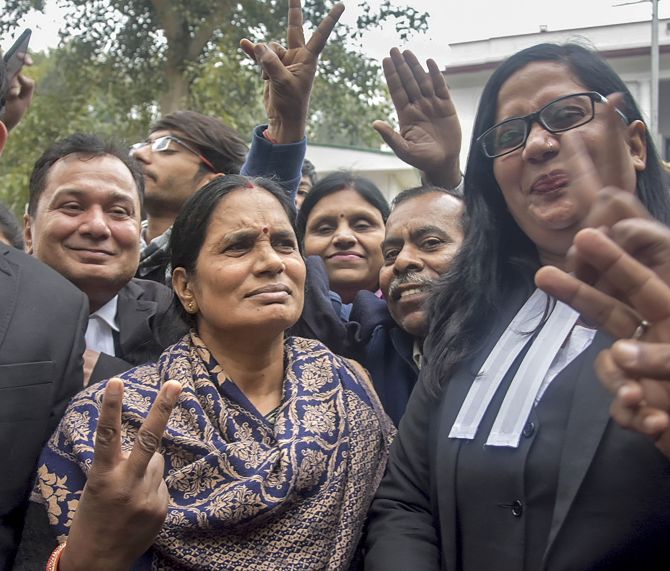 "This is a big day for me. I had been struggling for the last 7 years. But the biggest day will be 22nd January when they (convicts) will be hanged," said Asha Devi, mother of the 2012 Delhi gang rape victim.
The Supreme Court on Tuesday dismissed the curative petition of two death row convicts in the 2012 Nirbhaya gang rape case.
A five-judge Bench of Justices NV Ramana, Arun Mishra, RF Nariman, R Banumathi and Ashok Bhushan heard the petition filed by Vinay Sharma and Mukesh Singh.
The duo had moved a curative petition in the top court after a Delhi court issued death warrants in their names for their hanging on January 22.
Besides them, two other convicts named Pawan and Akshay are also slated to be executed on the same day at 7 am in Delhi's Tihar Jail premises.
« Back to LIVE