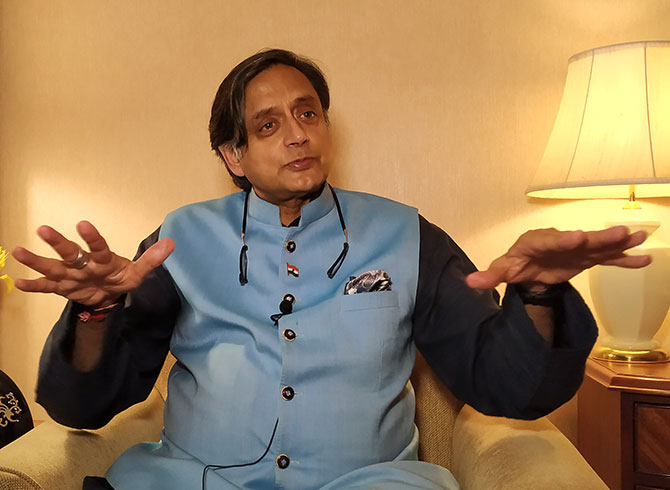 Day after accusing Delhi Chief Minister Arvind Kejriwal of not doing anything in the wake of violent protests against the Citizenship Amendment Act and comparing him to eunuchs for wanting power without responsibilities, Congress leader Shashi Tharoor issued an apology on Twitter.
Tharoor had said, Mr Kejriwal is trying to have it both ways. He has made statements deploring the CAA and NRC but has not taken any tangible action. He has not even shown human compassion one expects from a chief minister from victims of violence in his state. In any other state, had students been bashed up in this manner, the chief minister would have visited them and shown them some concern. Mr Kejriwal really wants power without responsibility, which we all know has been the prerogative of eunuchs for ages (sic).
There was massive outrage on Twitter after Tharoors remarks, with many users saying the comments were unacceptable.
While he apologised for the comments in a tweet on Tuesday morning, he regretted only the use of the line power without responsibility and did not mention the eunuch reference.
Apologies to those who found my quote about power without responsibility offensive. Its an old line from British politics, going back to Kipling & PrimeMinister Stanley Baldwin, &most recently used by Tom Stoppard. I recognize that its use today was inappropriate &withdraw it, the Congress leader tweeted.
Tharoor has been taking potshots at Kejriwal ever since violence broke out in Jawaharlal Nehru University campus on January 5.
« Back to LIVE