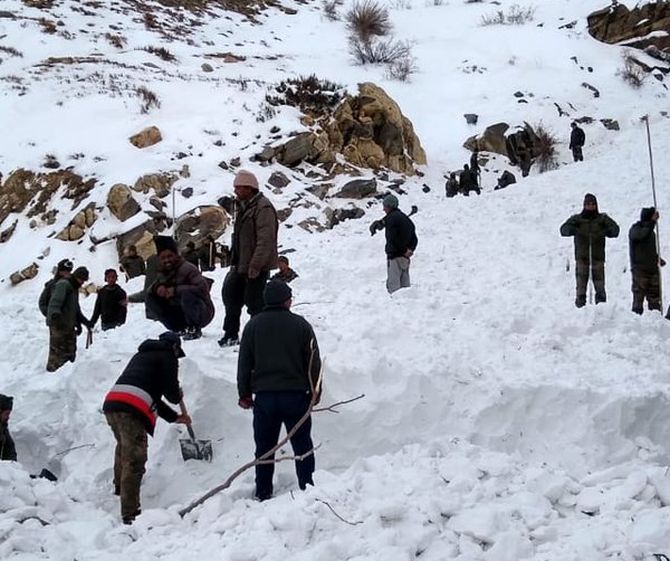 Three soldiers have been killed and one is missing after an avalanche hit an army post in Jammu and Kashmir's Machil sector in Kupwara district on Monday.
One soldier is in hospital with injuries. The avalanche hit the army post around 1 pm on Monday.
In another avalanche, five civilians have been killed after nine people came under an avalanche in Sonmarg in Ganderbal district. Officials say four persons have been rescued after overnight rescue operations.
« Back to LIVE