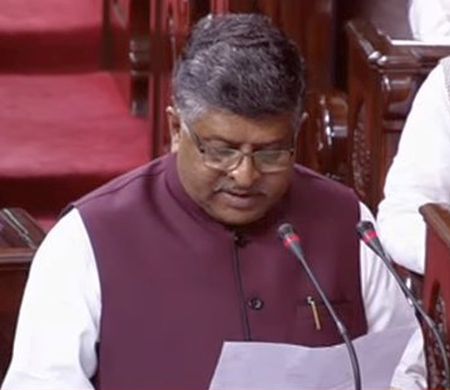 Congress leader Randeep Singh Surjewala on Thursday launched an attack on Union Law Minister Ravi Shankar Prasad, terming him the "most lawless minister the country has ever seen".
Surjewala accused Prasad of having "scant regard for the Constitution and law".
"He is the most lawless minister the country has ever seen. He is hell-bent at destroying the judiciary. He has scant regard for the Constitution and law. He is a prodigy of Prime Minister Narendra Modi and Amit Shah," the Congress leader said at a press conference in Delhi.
"BJP feared that the conspiracy of the riots will get exposed and this is the reason why Justice Muralidhar has been transferred," Surjwala said, adding that "the transfer is an attempt to save the BJP leaders against whom Murlidhar had made strong observations".
Surjewala made the remarks after Prasad tweeted that Justice Muralidhar's transfer came following the recommendation of the Supreme Court collegium. The well-settled process has been followed".
Continuing his attack on the opposition party, Prasad said the people of India have rejected the Congress and "hence it is hell-bent on destroying the very institutions India cherishes by constantly attacking them".
On the other hand, Surjewala accused the BJP of pressurising judiciary and said that this is not the first time that such a case of transfer of judge came to light.
« Back to LIVE