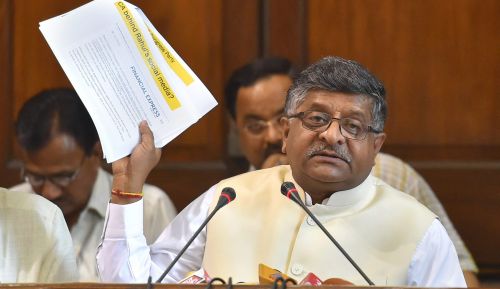 Union Law Minister Ravi Shankar Prasad on Thursday said Delhi High Court judge S Muralidhar was transferred following the recommendation of the Supreme Court collegium, asserting that a "well-settled process" was followed. The minister's reaction came after the Congress alleged that Justice Muralidhar was transferred by the government to save BJP leaders in the Delhi violence case.
"Transfer of Hon'ble Justice Muralidhar was done pursuant to the recommendation dated February 12 of the Supreme Court collegium headed by Chief Justice of India," Prasad wrote on Twitter. He said while transferring a judge, his or her consent is taken. "The well-settled process have been followed," Prasad added.
Apart from Justice Muralidhar, two other judges also received their transfer orders.
Justice Ranjit Vasantrao More, Judge of the Bombay HC was appointed as the Judge of Meghalaya High Court and Justice Ravi Vijaykumar Malimath, Judge of the Karnataka HC was transferred to Uttarkhand.
File pic of Union minister Ravi Shankar Prasad
« Back to LIVE