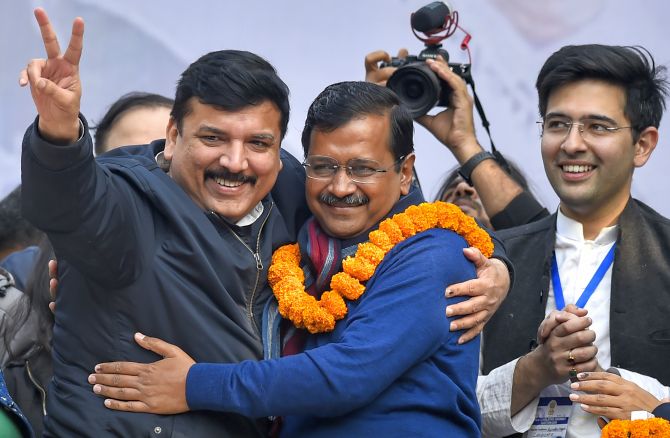 Delhi Chief Minister Arvind Kejriwal will meet Union Home Minister Amit Shah on Wednesday, sources said, in the first meeting between the two leaders after the assembly poll in the national capital.
Sources said the meeting will take place at the Ministry of Home Affairs office at 2.30 pm. It will be a "courtesy" call, they said. Shah had led the BJP offensive against Kejriwal in the Assembly poll in which the AAP trounced the saffron party, bagging 62 of the 70 seats. -- PTI
« Back to LIVE