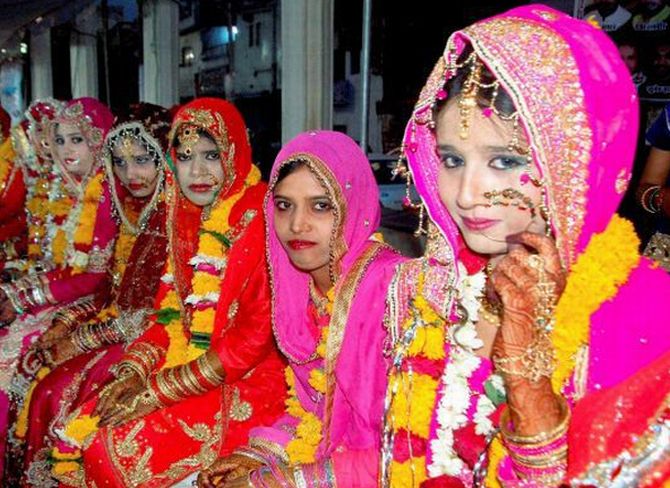 The Delhi High Court on Wednesday will hear the public interest litigation seeking equalising of the legal age of marriage for men and women saying the limit of 18 years for a woman, while it is 21 for a man, amounts to discrimination.
The plea seeking 'uniform minimum age of marriage' was filed by BJP leader Ashwini Kumar Upadhyay.
"Kindly treat the accompanying application as an urgent one in accordance with the High Court rules and orders. Petitioner is filing this writ petition under Article 226 of the Constitution. The matter is urgent in public interest as prayed," Kumar wrote to the Registrar of Delhi High Court.
At present, while men in India are permitted to get married at the age of 21, women are allowed to get married when they are 18. It is to mention that more than 125 countries in the world have a uniform age of marriage.
Earlier, the Delhi High Court had sought a reply of Centre on the said plea, but neither the Home Ministry nor the Law Ministry has filed a reply till date.
The litigant said the plea is filed in public interest under Article 226 and it challenges a blatant and ongoing form of discrimination against women.
"The discriminatory 'minimum age' limit for marriage for men and women is based in patriarchal stereotypes, has no scientific backing, perpetrates de jure and de facto inequality against women, and goes completely against the global trends," the plea said. The plea stated that differential bar discriminates against women and contravene with the fundamental principles of gender equality, gender justice and dignity of women and breaching Articles 14, 15 and 21 of the Constitution.The petitioner in his petition further stressed that women have a fundamental right to be free to pursue studies or occupations after finishing school at the age of 18.
"It is a social reality that women are expected (and often also pressurised) to beget children immediately after marriage and also forced to take up household chores in accordance with their stereotypical roles in the family. This harms their educational as well as economic pursuits and often impinges on their reproductive autonomy as well," the plea said.It added that a higher minimum age will ensure "more autonomy to women in every sense". -- ANI
« Back to LIVE