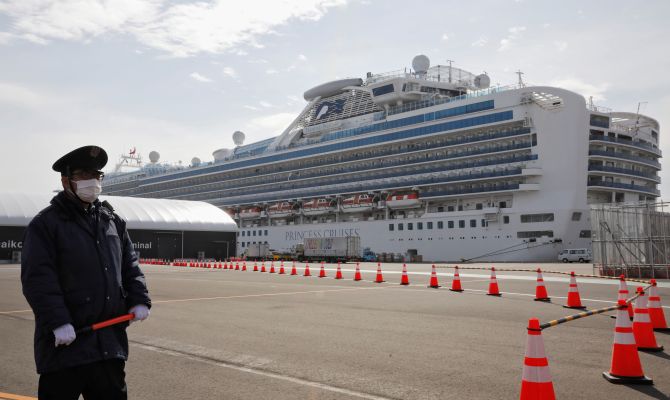 Hundreds of passengers who have been tested negative of coronavirus began leaving the Diamond Princess Cruise ship on Wednesday after their two-week quarantine.
According to Al Jazeera, around 500 passengers are expected to leave the ship. The two-week quarantine exercise has been criticised much for its failure to stop the new virus from spreading among passengers and crew.
So far 540 people have been tested positive of coronavirus including six Indians.
Meanwhile, results are still pending for some passengers who have been tested for the coronavirus.
The 3,711 people including 1,100 crew members on the Diamond Princess went into quarantine off Japan on February 5 after it emerged that a former passenger had tested positive for the virus.
Crew members, who could not be confined to their rooms over the last two weeks because they were working, are expected to stay on the ship.
Over the weekend, the United States started evacuating more than 300 of its citizens who are now in quarantine in the US for another 14 days. -- ANI
« Back to LIVE