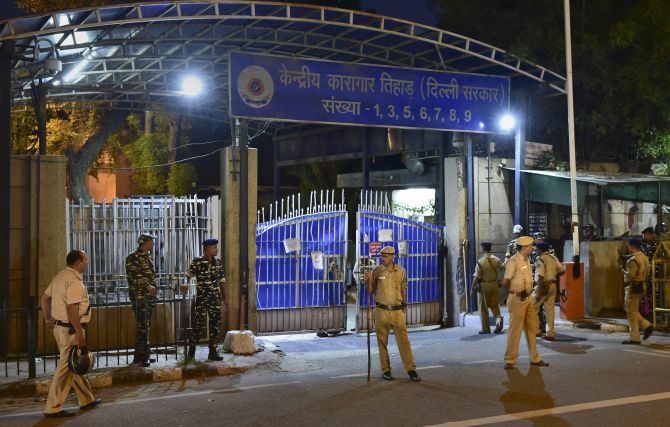 Tihar Jail authorities told a Delhi court Thursday that Pawan Gupta, one of the four death row convicts in the Nirbhaya gang rape and murder case, has refused to take a lawyer offered by DLSA as legal aid.
Additional Session Judge Dharmender Rana had on Wednesday offered a counsel to Gupta and expressed displeasure over delay from his side. Gupta said he has removed his earlier lawyer and will need time to engage a new one.
District Legal Services Authority (DLSA) had provided Pawan's father with a list of its empanelled advocates to chose from. Pawan is the only one among the four convicts who has not yet filed a curative petition -- the last legal remedy available to a person which is decided in-chamber. He also has the option of filing a mercy plea. PTI
« Back to LIVE