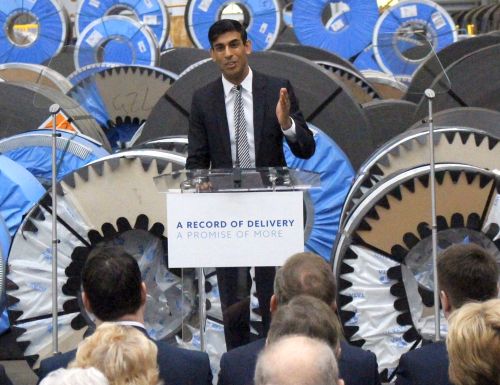 British Prime Minister Boris Johnson on Thursday appointed Indian-origin politician Rishi Sunak as the new finance minister in a Cabinet reshuffle.
Sunak, the son-in-law of Infosys Co-founder Narayana Murthy, will join Home secretary Priti Patel on the top government bench as UK Chancellor of the Exchequer.
Earlier, Pakistani-origin Sajid Javid resigned as Chancellor in a shock move in one of the biggest shakeups since Johnson won a thumping majority in the December 2019 general election. -- PTI
« Back to LIVE