« Back
Conviction of Hafiz Saeed an important step towards holding LeT accountable: US
February 13, 2020  08:20 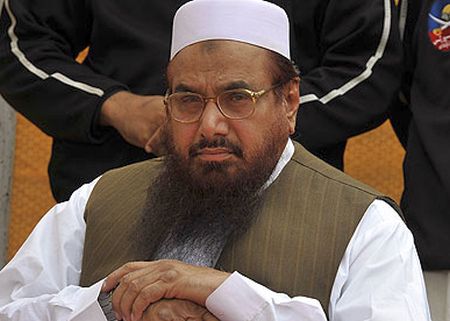 Welcoming the conviction of the 26/11 Mumbai attack mastermind Hafiz Saeed, the United States called it as an important step towards holding the Lashkar-a-Tayiba accountable.
"Today's conviction of Hafiz Saeed and his associate is an important step forward -- both towards holding LeT accountable for its crimes, and for Pakistan in meeting its international commitments to combat terrorist financing," Acting Assistant Secretary of State for South and Central Asia Alice G Wells said.
Pakistan Prime Minister Imran Khan has said it is in the interest of his country's future that it does not allow non-state actors to operate from its soil, Wells said in a tweet.
Wells' tweet came after a court in Pakistan sentenced Saeed, a UN designated terrorist, for five-and-a-half years.
Saeed-led Jamat-ud Dawa is believed to be the front organisation for the LeT which is responsible for carrying out the 2008 Mumbai attacks that killed 166 people.
The US Department of the Treasury has designated Saeed as a Specially Designated Global Terrorist, and the US, since 2012, has offered a $10 million reward for information that brings Saeed to justice.
-- PTI
« Back to LIVE