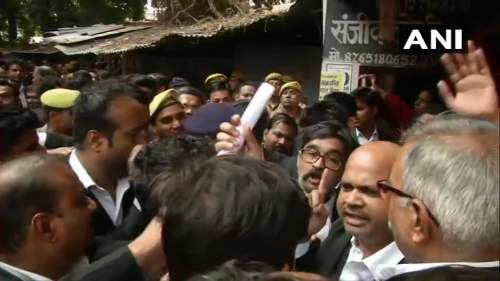 Breaking news: Reports coming in say there's been a bomb blast at the Lucknow sessions court. Between two and three live bombs have been recovered from the court premises with reports saying several lawyers have been injured. Early reports say the bomb blast was a result of an internal clash between two groups of lawyers. Developing story.
« Back to LIVE