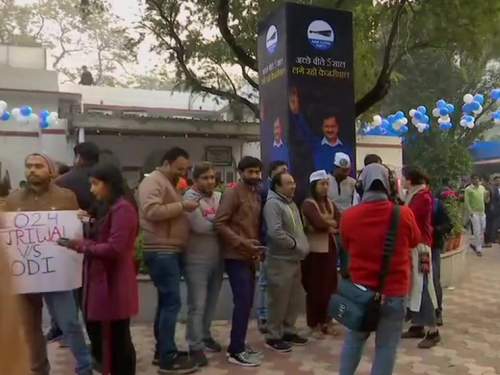 The overall voter turnout in Delhi on Saturday registered a drop as compared to the 2015 assembly election due to a lackadaisical response from voters on the polling day.
According to India's According to the Election Commission of India's voter turnout app, the total turnout in Delhi was recorded at 61% till 10:20 pm, a decline over the 2015 polls when a 67.12 per cent of the voters came out to vote. The turnout data on the app is tentative and the final figures may be marginally different.
Psephologists say that a lower voter turnout generally favour cadre-based parties, like the BJP, and not necessarily the AAP.
Image: The Aam Aadmi Party office decked up ahead of the Delhi election results.
« Back to LIVE