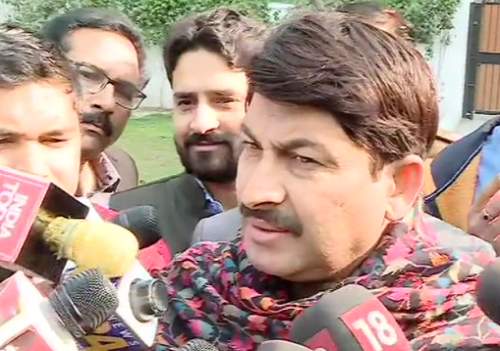 With the early trends hinting a win for the Aam Aadmi Party this assembly election, the BJP state unit chief Manoj Tiwari on Tuesday said that he will take the onus of the final results.
"Trends indicate that there is a gap between AAP-BJP, but there is still some time. We are hopeful. Whatever the outcome, being the State Chief I am responsible," Tiwari said while speaking to media in New Delhi.
The counting of votes for 70 seats of the Delhi Assembly began amid tight security at 8 am today.
Delhi went to polls in a single-phase on February 8. The Delhi Assembly Election results 2020 will be announced today to determine the fate of the Arvind Kejriwal-led AAP government.AAP, BJP, Congress, JDU are the main political parties in the fray.
The primary fight is between the ruling AAP and the BJP which is seeking to make reentry into the state politics in the national capital after over 20 years. -- ANI
Leads: BJP: 17, AAP: 53, CONG: 0
« Back to LIVE