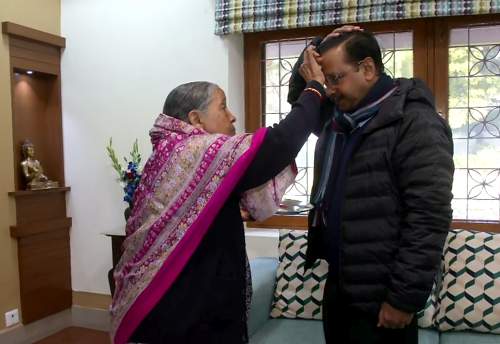 AAP's election strategist Prashant Kishor tweets, "Thank you Delhi for standing up to protect the soul of India!"
A day after the exit polls in Delhi predicting a comfortable win for the ruling Aam Aadmi Party, Chief Minister Arvind Kejriwal had called a meeting of senior leaders of the party and its election strategist to discuss the security of Electronic Voting Machines ahead of counting day on Tuesday, sources said.
Deputy Chief Minister Manish Sisodia, Sanjay Singh, Raghav Chadha and Gopal Rai were among the AAP leaders present at the meeting.
The leads so far indicate AAP is set to form government with a lead in 57 seats over the BJP's 13. Congress has maintained status quo with its numbers in the last assembly polls: zero.
« Back to LIVE