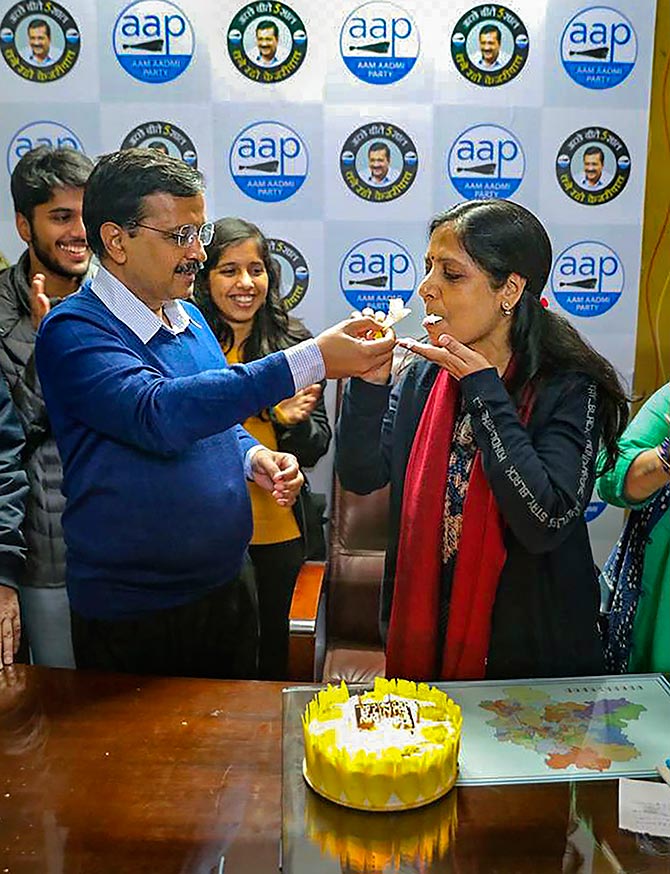 Delhi Chief Minister Arvind Kejriwal's wife Sunita Kejriwal said she could not have asked for a better gift on her birthday than the mandate given by the people of Delhi in the assembly polls.
Speaking at the party office, Sunita, a former IRS officer, said the campaigning saw several "ups and downs" but the party members had complete faith in their work.
"Delhi people have given me a gift, could not have asked for a better gift. There was anxiety, several ups and downs were going on. We trusted our work. Delhi has made 'kaam' (work) victorious," Sunita said.
She also said the personal attacks on her husband during the campaigning were uncalled for.
"Fight politics positively," she advised.
Kejriwal's daughter Harshita said she had taken leave from her office to campaign for the party and would join back work in March.
"There are many volunteers like me who have taken leave to work for the party and I will be joining back work," the 24-year-old IITian said.
-- PTI
« Back to LIVE