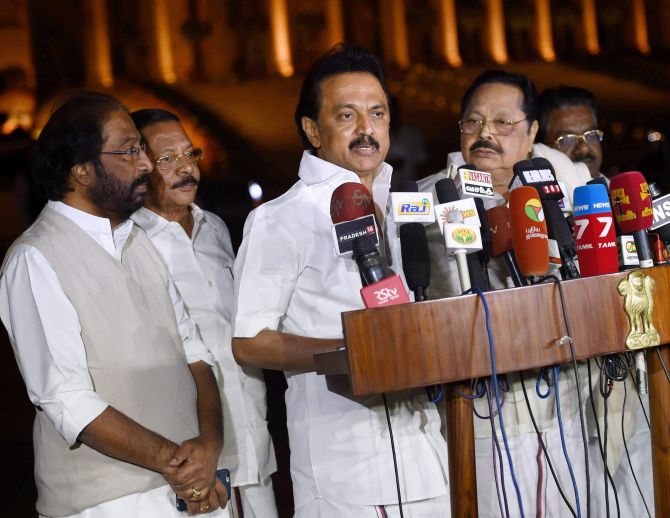 DMK president M K Stalin on Tuesday greeted Delhi Chief Minister Arvind Kejriwal for the Aam Aadmi Party's massive win in the Assembly elections in the national capital and said it was a vindication of development politics.
Taking to twitter to congratulate Kejriwal, Stalin said: "I congratulate @ArvindKejriwal and @AamAadmiParty for forming government yet again in Delhi, on a massive mandate. This is a clear vindication that development trumps communal politics. Federal rights and regional aspirations must be strengthened in the interest of our country." Riding on its development agenda, the Arvind Kejriwal-led Aam Aadmi Party was set for a resounding victory in the Delhi assembly elections to retain power for a third term. -- PTI
« Back to LIVE