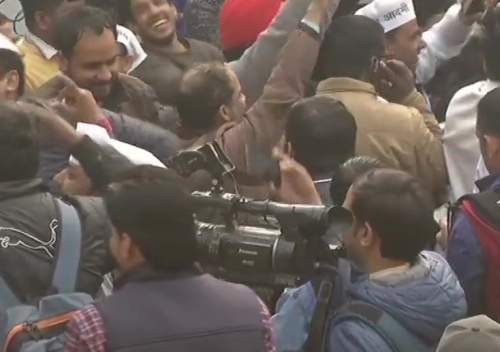 Celebrations begin at the Aam Aadmi Party office in Delhi after reports that party is leading in early trends.
Leads so far: AAP: 57, BJP: 13, CONG: ZERO
Counting of votes for Delhi Assembly elections is underway at Delhi's Gole Market counting centre where the Electronic Voting Machines used in five constituencies, including those of New Delhi where Chief Minister Arvind Kejriwal contested from, have been kept.
The EVMs, since polling got over on February 08, had been kept under tight security in the strongroom at Atal Adarsh Bengali Balika Vidyalaya in Gole Market until the counting began in the morning today.
« Back to LIVE