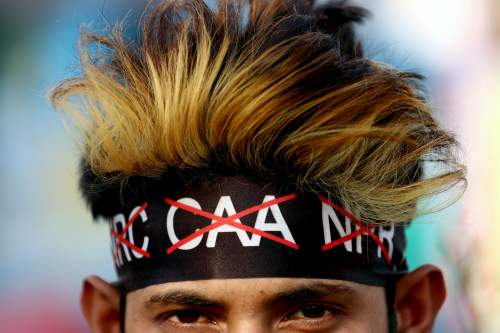 The Supreme Court on Monday said the anti-CAA protesters at Delhi's Shaheen Bagh cannot block public roads and create inconvenience for others. The apex court issued notices to the Centre, Delhi government and the police on the pleas seeking removal protesters from Shaheen Bagh.
"There is a law and people have grievance against it. The matter is pending in court. Despite that some people are protesting. They are entitled to protest," a bench comprising justices S K Kaul and K M Joseph said.
"You cannot block the public roads. There cannot be indefinite period of protest in such an area. if you want to protest, it has to be in an area identified for protest," the bench said.
The apex court further said that the protest at Shaheen Bagh is going on for long but it cannot create inconvenience for others. The bench said it would not pass any direction without hearing the other side and posted the matter for February 17. -- PTI
« Back to LIVE