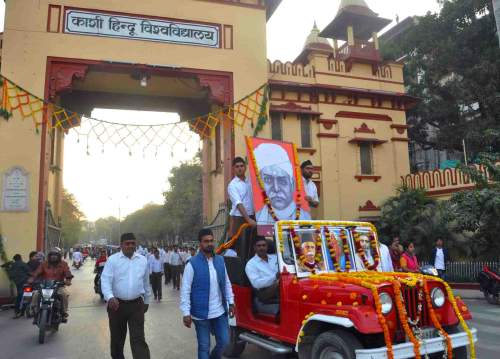 Offices of the Rashtriya Swayamsevak Sangh as well as their leaders, are under the threat of being targetted by global terror organisations, which could use IEDs or vehicle-borne improvised IEDs (VBIEDs) to carry out the attack, as per a recent input of the Intelligence Bureau (IB).
The attack can take place in Maharashtra, Punjab, Rajasthan, etc, it claims.
The latest input issued this month claims that 'unknown individuals, possibly linked to Global Terror Groups are planning to target RSS offices/leaders and Police Stations, possibly using IEDs and/or VBIEDs in the coming days.
Sources have claimed that the alert asked all concerned state governments to take appropriate steps to beef up the security. A top government official claimed that security has been beefed in states of Maharashtra, Delhi, Punjab, Rajasthan, UP and Assam and security of office bearers are also under review. -- PTI
Image: RSS workers at a rally in Varanasi
« Back to LIVE