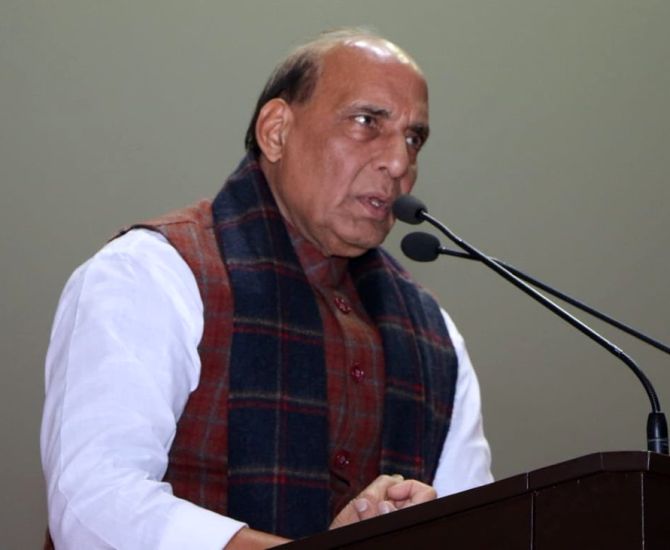 The government will make a statement in Lok Sabha on the Supreme Court ruling on reservation in promotions for SC/STs, Deputy Leader of the House Rajnath Singh said on Monday amid Opposition protests over the ruling. As soon as the Question Hour started, Opposition members, led by Congress leader Adhir Ranjan Chowdhury, sought to raise the issue.
He was also joined by members from other parties, including the DMK. However, Speaker Om Birla told them that the matter can be raised during the Zero Hour, saying that the Question Hour was "important".
The recent Supreme Court ruling is a "sensitive issue" and the Social Justice and Empowerment Minister would make a statement on the subject in the House, Singh, who is also the Defence Minister, said.
Thaawarchand Gehlot is helming the Social Justice and Empowerment Ministry. The Supreme Court has ruled that there is no fundamental right to claim reservation in promotion for SCs, STs and OBCs in government jobs. Birla requested protesting members to raise the issue during the Zero Hour and wondered why they want to lower the dignity of the House.
When one of the members remarked that the Constitution itself was under threat, the Speaker said, the Constitution was not under threat but the dignity of the House was. The Speaker also emphasised that he does not want to stop any member or minister from raising issues but that the Question Hour was important. -- PTI
« Back to LIVE