« Back
Those who support terrorists in Kashmir are staging protest at Shaheen Bagh: Adityanath
February 01, 2020  18:01 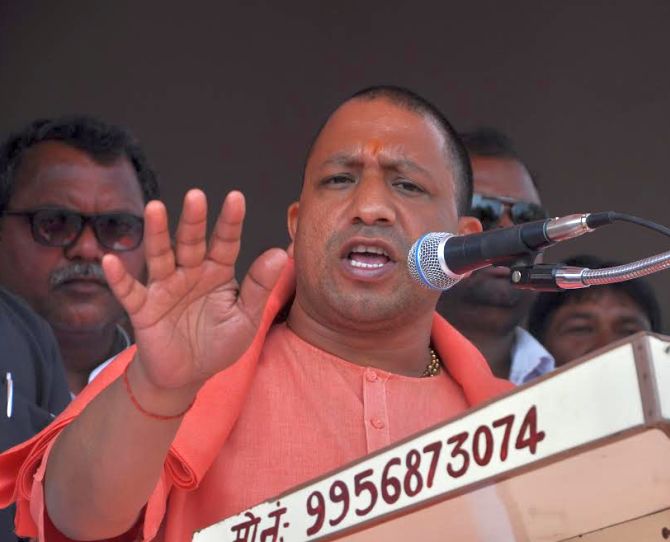 Uttar Pradesh Chief Minister Yogi Adityanath on Saturday alleged that those who support terrorists in Kashmir are staging protest at Shaheen Bagh and raising slogans of 'aazadi'.
Hitting out at the AAP dispensation at an election rally in northwest Delhi's Rohini, Adityanath said that the Arvind Kejriwal government "supplies biryani" to protesters at Shaheen Bagh.
Hundreds of people, including women and children, have been protesting since December 15 at Shaheen Bagh against the Citizenship Amendment Act and the National Register of Citizens.
Addressing another poll rally at Karawal Nagar Chowk in east Delhi, the BJP leader lashed out at anti-CAA protesters, saying "their ancestors divided India, so they have a grouse against this emerging 'Ek Bharat Shrestha Bharat'."
"These protests happening at various places in Delhi are not about the CAA, but it is happening because those people are questioning as to how can India emerge as a major power in the world, and to stop that rising India," he claimed.
During the Delhi assembly poll campaign, BJP leaders have been urging people to vote for the party to show their disapproval for the ongoing anti-CAA protest at Shaheen Bagh.
-- PTI
« Back to LIVE