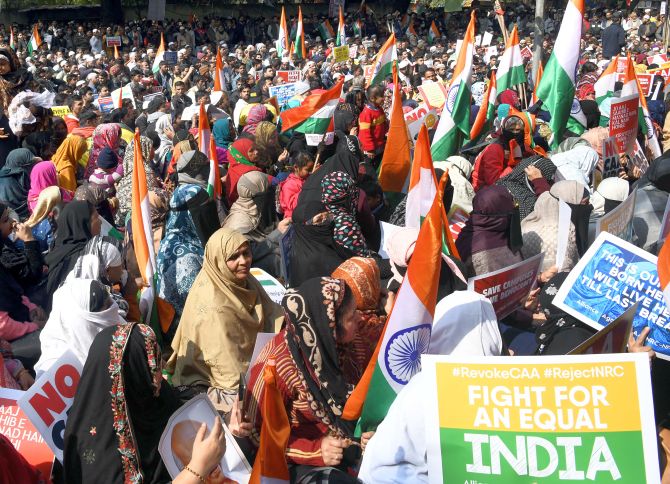 Lieutenant Governor Anil Baijal has directed police to enhance security, including putting up more barricades at the protest site in Shaheen Bagh, to prevent outsiders from creating trouble, sources said on Saturday.
The decision comes against the backdrop of a man firing two rounds in air at the Shaheen Bagh area, the epicentre of the protest against the country's new citizenship law, and was later taken into custody.
The sources said as the Delhi Assembly elections are approaching, the police has been asked to keep a tight vigil so that there is no untoward incident in the national capital.
They said that the police will also take the help of local volunteers to facilitate frisking people entering the protest site.
The sources said that the police will also randomly check people roaming around the protest site.
"The police has been directed to make all arrangements necessary for ensuring smooth access to exercise franchise to all sections of the society and instil confidence through effective public security," a source said.
Hundreds of people, including women and children, have been protesting since December 15 at Shaheen Bagh against the Citizenship Amendment Act (CAA) and the National Register of Citizens (NRC).  -- PTI
« Back to LIVE