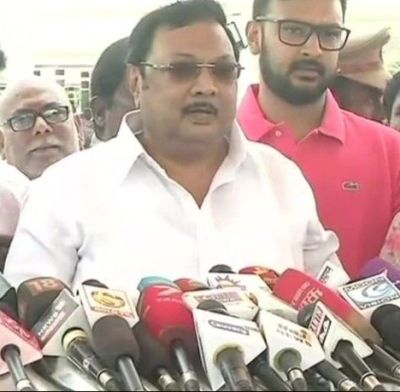 MK Azhagiri, former Union minister and DMK patriarch M Karunanidhi's son who was exiled from the party, today announced that he will have a role to play in the 2021 Tamil Nadu assembly elections.
Asked by media-persons in Madurai, Azhagiri said he will discuss the future course of action with his supporters and take a suitable decision.
"You will know about a new political party as we go along," he said.
He also dismissed as "rumours' reports of his joining the Bharatiya Janata Party.
Incidentally, the DMK is firmly in the grip of his younger brother, MK Stalin, who Karunanidhi had chosen as his political heir.
« Back to LIVE