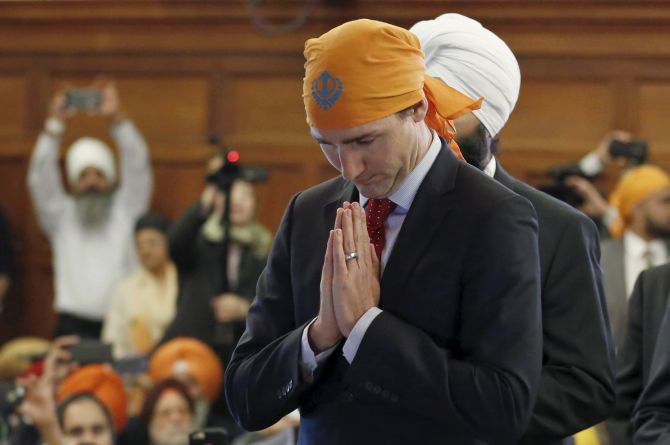 India's external affairs ministry calls comments by Canadian PM Justin Trudeau on the farmers' protests in Delhi "unwarranted".
"We've seen some ill-informed comments by Canadian leaders relating to farmers in India. These are unwarranted especially when pertaining to internal affairs of a democratic country. It's also best that diplomatic conversations aren't misrepresented for political purposes," the MEA said.
Canadian Prime Minister Justin Trudeau has said that his country will always be there to defend the right of peaceful protest, as he reached out to the Indian community and expressed concern over the ongoing farmers protest in India against the new farm laws, the first world leader to voice his views on the issue.
Addressing the Indian community in Canada during an online event on Monday to mark the 551st birth anniversary of Guru Nanak Dev, Trudeau said he would be remiss if he didn't recognise the "news coming out of india about the protest by farmers."
« Back to LIVE