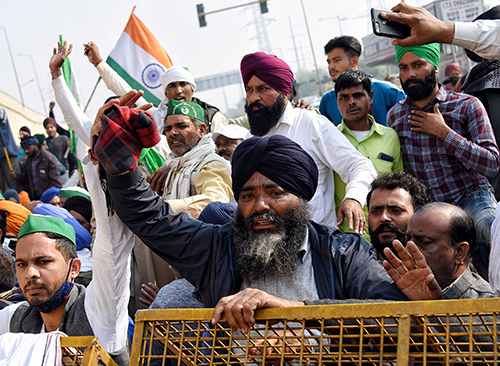 A member of the flat Earth club emerges...Union Minister VK Singh says: "Many of the people in pictures do not appear to be farmers. What is in the interest of farmers has been done. It's not the farmers who have a problem with this (farm laws), but others. Besides opposition, people who get commission are behind it (protest)."
The leaders of the farmers groups that met with the government at Vigyan Bhavan today has turned down the government's suggestion for the formation of a committee to sort out the differences over farm laws.
« Back to LIVE