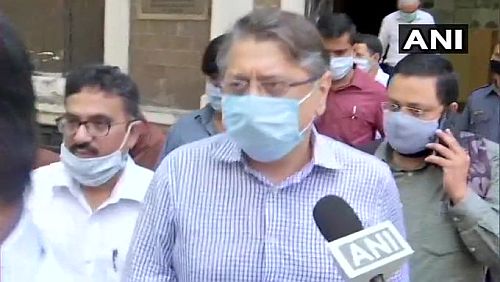 A court on Tuesday rejected a bail plea of businessman Deepak Kochhar, husband of former ICICI Bank CEO Chanda Kochhar and an accused in a money laundering case. He was arrested by the Enforcement Directorate in September under the Prevention of Money Laundering Act (PMLA) in the alleged ICICI Bank-Videocon money laundering case. Special PMLA judge P P Rajvaidya rejected the `regular' bail application of Deepak Kochhar, filed on merits of the case as against technical grounds.
Last month, the court had rejected his `default' bail plea, filed on the ground that the ED had failed to file a charge sheet in the case within the stipulated period. The ED registered the money laundering case following an FIR registered by the Central Bureau of Investigation against the Kochhar couple, Videocon Group promoter Venugopal Dhoot and others.
« Back to LIVE