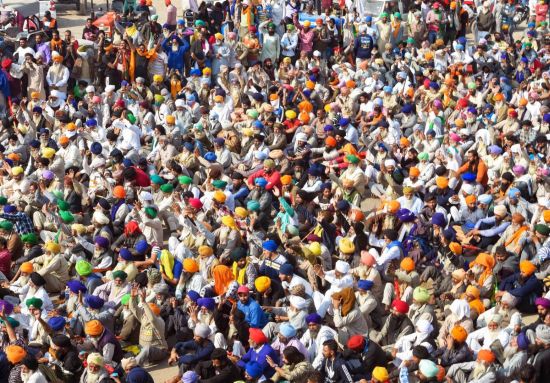 The Union government has invited farmers representatives for the next round of discussions on Tuesday, as farmers protesting a set of laws enacted recently to liberalise the farm sector intensified their agitation.
The next round of talks was originally scheduled for December 3. The decision to advance the talks came after home minister Amit Shah and agriculture minister Narendra Singh Tomar met twice in a span of 24 hours on Monday to discuss course of action.
Thousands of farmers, who are marching from various states toward the national capital to protest against new farm legislation they say will hurt their interests, appeared to harden their stand. They threatened to block all entry points to New Delhi, demanding a repeal of three farm laws.
On November 13, during our last meeting, we decided to conduct next round of talks on December 3. However, farmers have continued their protests and with the Covid situation and the cold wave, we decided that we needed to talk before December 3, agriculture minister Narendra Singh Tomar told reporters after sending the invitation late on Monday evening.
The discussions will be held at the capitals Vigyan Bhawan at 3 pm. The agriculture ministry has prepared a fresh set of presentations and videos on the farm reforms, an official said. The government is expected to have a few economists from the Niti Aayog to join the discussions.
« Back to LIVE