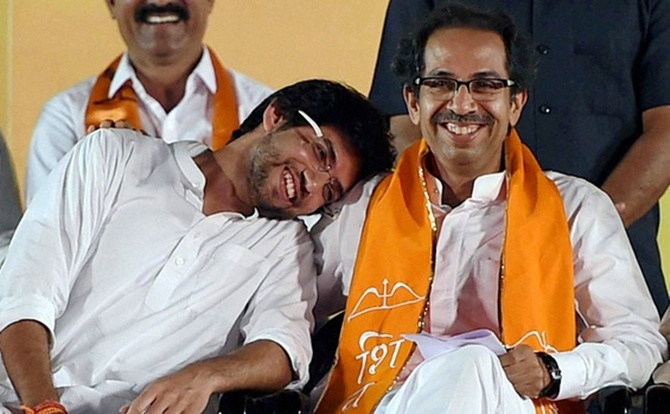 Mumbai's Esplanade Court on Thursday granted bail to a woman, who was arrested for allegedly posting an objectionable tweet targeting Maharashtra Chief Minister Uddhav Thackeray and minister Aaditya Thackeray.
She was arrested on Wednesday after an FIR was registered by Mumbai Police Cyber Cell based on the complaint of an advocate Dharam Mishra.
"I have given a complaint against a member of BJP IT cell. She did insulting tweet against Maharashtra CM Uddhav Thackeray and Cabinet Minister Aaditya Thackeray. Her tweet is creating enmity and hatred between two religions," Mishra said.
-- ANI
« Back to LIVE