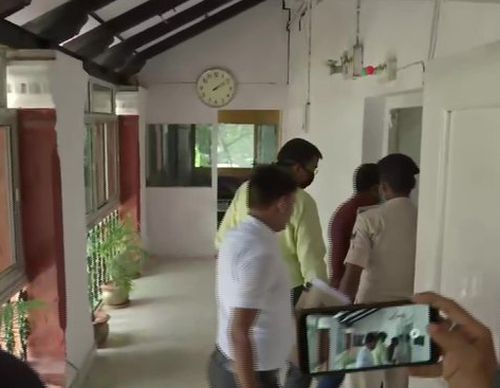 A team of four officers of Bihar Police probing the Sushant Singh Rajput death case in Mumbai, have reached Inspector General Central office to submit a report on the case on Thursday. These police officers have returned to the state from Mumbai earlier on Thursday while the Patna (Central) Superintendent of Police (SP) Vinay Tiwari still continues to be quarantined in Mumbai.
The officers refrained from speaking about the findings of the case.
One of the police officers, on arrival at the Bihar airport, said that BMC never called to support us but have received great support from their seniors.
"Now when the case is with CBI, we will be sharing our findings with them," the other police officer added.
Meanwhile, Rhea Chakraborty's associate Samuel Miranda reached the Enforcement Directorate office in connection with the Sushant Singh Rajput death case in Mumbai.
He was questioned by ED on Wednesday regarding the same. The Central government gave a nod to the Central Bureau Of Investigation to probe the death case of Bollywood actor Sushant Singh Rajput.
« Back to LIVE