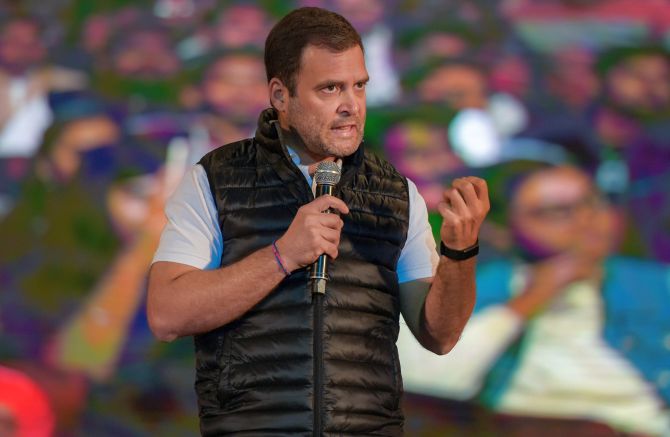 File pic
Ahead of the Bihar elections, Congress leader Rahul Gandhi said no country can run on hatred while interacting with the party leaders and workers, via video conferencing on Thursday. The agenda of the meeting was the upcoming Bihar elections.
During the meeting, Gandhi said that the return of Congress in Bihar is vital and every development in the state is necessary for the state Congress.
Rahul said, "We all need to stay together as no society or a country can run on hatred. It can only build on staying together."
"Currently, the state government could not stay at par with Corona pandemic or the heavy floods," he further added.
While talking about the coming Bihar elections, Rahul Gandhi said that there are multiple agenda of state and national importance with which the respective state and central government is just playing around," said sources.
The virtual meeting was attended by around 1,000 Congress workers and Bihar Congress leaders. It was a two-way communication that lasted for about two hours in which Gandhi addressed the members for about more than 30 minutes following which other members put forward their suggestions. -- ANI
« Back to LIVE