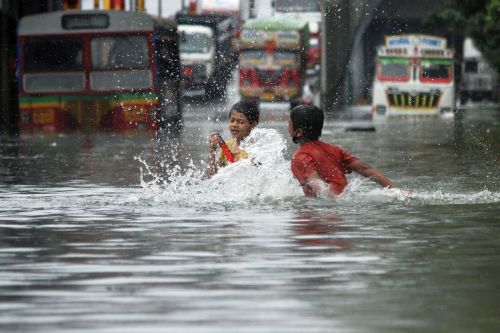 The Colaba weather observatory in south Mumbai on Wednesday recorded its highest single-day precipitation in the last 22 years for the month of August, said an India Meteorological Department official.
K S Hosalikar, deputy director general of IMD, Mumbai said the Colaba observatory received 293 mm rainfall from 8.30 am to 8.30 pm.
In August 1998, the observatory had received 261.9 mm rainfall in 24 hours which was a record for the month till now, but Wednesday's rain broke it within only 12 hours.
The figure for 24 hours since 8.30 am will be available on Thursday.
Even during the deluge of 2005 when 944 mm rainfall was recorded in 24 hours at Santacruz observatory in the suburbs, Colaba's reading was 161 mm. -- PTI
« Back to LIVE