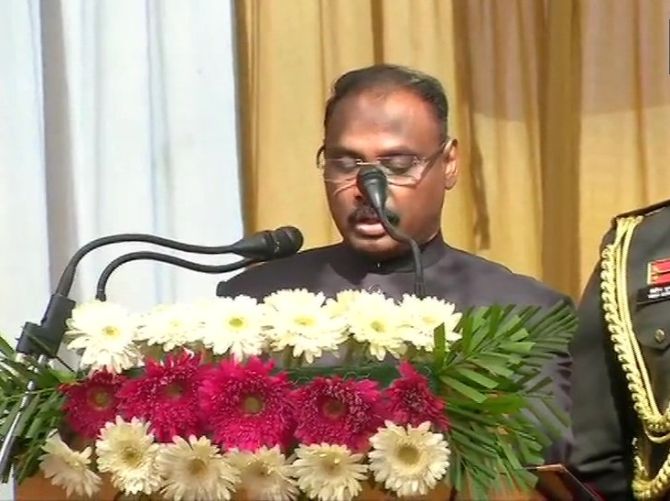 Girish Chandra Murmu, the former Lt Governor of Jammu and Kashmir, has been appointed the new Comptroller and Auditor General of India (CAG).
Murmu will be replacing Rajiv Mehrishi, a 1978 batch IAS officer of the Rajasthan cadre, as the CAG. Mehrishi will be turning 65 on August 8.
Earlier, Manoj Sinha, Union Minister in the first Narendra Modi cabinet replaced Murmu as the L-G of J&K.
Murmu, a 1985 batch IAS officer, had abruptly submitted his resignation on Wednesday night on the day the Union Territory marked the first anniversary of the abrogation of Article 370 of the Constitution thereby scrapping Jammu and Kashmir's special status.
The 60-year-old former IAS officer of Gujarat cadre had on October 29 last year taken over as the first LG of the union territory after the state of Jammu and Kashmir was downgraded and split into two UTs.
« Back to LIVE