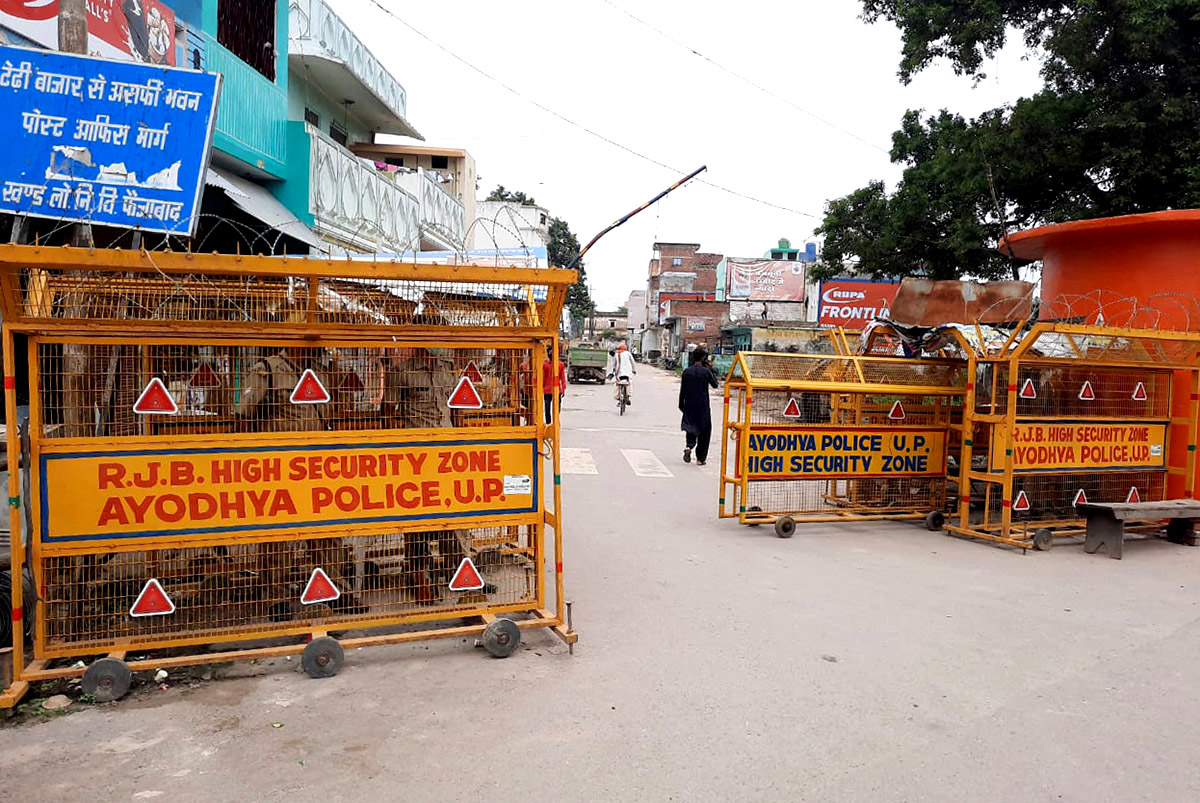 The Ayodhya administration is leaving no stone unturned ahead of the August 5 Ram Mandir bhumi pujan that is likely to be attended by Prime Minister Narendra Modi among other VIPs. Gatherings of five or people will be banned in Ayodhya on August 5.
The police have said gatherings of more than five people wont be allowed around August 5 with an aim to follow coronavirus protocols for the mega bhumi pujan event to mark the beginning of construction of Ram Mandir in Ayodhya.
Deepak Kumar, DIG in-charge of the security arrangements in Ayodhya, said, In view of the historic event and the presence of Prime Minister Modi for the bhumi pujan, extensive security arrangements are being made and first among those are coronavirus protocols.
The officer also said that the local administration has held a series of meetings with different security forces to ensure safety of all.
He also said that in Ayodhya, on August 5, gatherings of more than five people wont be allowed as a measure to prevent spread of coronavirus during the bhumi pujan ceremony.
Politicians, top leaders of the Ram Janmabhoomi agitation and ministers are expected to turn up for the event on August 5. However, the Ram Janmabhoomi trust has asked followers to witness the event from their homes and watch on television instead of gathering at the venue.
« Back to LIVE