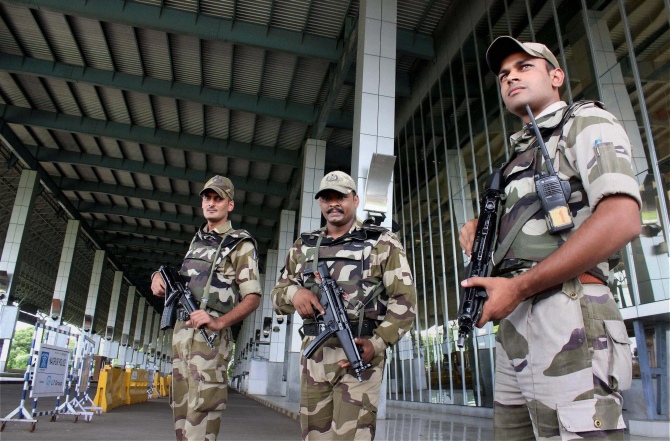 The Central Industrial Security Force has issued a set of new social media usage guidelines for its about 1.62 lakh personnel directing them to "disclose" their user IDs on all platforms like Twitter, Facebook and Instagram to the organisation, an official order said.
The fresh guidelines issued on July 31 said violators and defaulters of these rules will face "strict legal and disciplinary action".
The two-page guidelines are being issued in view of the "threat posed" by these online platforms to "national security and general discipline of the force", the order issued by the CISF headquarters here said.
The CISF is the national civil aviation security force guarding 63 airports of the country at present along with some of the most critical assets in the aerospace and nuclear domain apart from various government ministries and buildings.
As per the guidelines reviewed by PTI, they were issued as the force noticed instances where social media platforms "were used by the force personnel to share sensitive information about the nation/organisation and to criticise the policies of the government".
The new guidelines has five points to be followed by the CISF staffers:
"Personnel to disclose their user IDs of all social media platforms like Twitter, Facebook, Instagram, YouTube being used by them to the department through respective units and formations."
"Incase of any change in user ID or creation of a new one, they must inform it to the department," the guidelines said.
It added that personnel should not use "anonymous or pseudonymous" user IDs and they should not use these online platforms to "criticise the policies of the government on any matter".
"Social media platforms should not be used as a tool to by-pass the chain of command and the proper channel to air their grievances," it said.
Social media usage policy in the force was first brought in 2016 and revised in 2019. -- PTI
« Back to LIVE