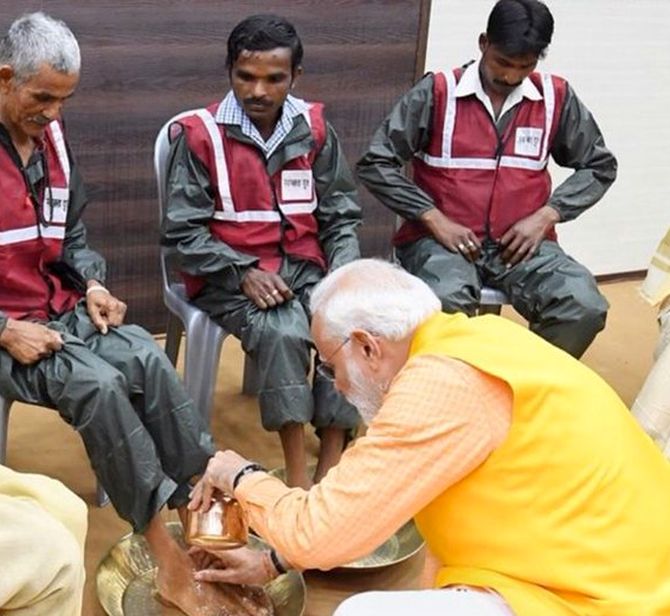 "On Monday, an Indian minister announced that the Bill & Melinda Gates Foundation is planning to give Prime Minister Narendra Modi an award this month for the Swachh Bharat Abhiyan (Clean India Mission), a sanitation and toilet access initiative across India.
"While public health is undoubtedly a priority in India and around the world, such an honor would come as his Hindu nationalist party has incited violence against minorities, silenced dissent and curtailedfreedom of expression. In light of Modi's record, including promoting repressive policies in the past month in Kashmir and the northeastern state of Assam, he should not be given the award."
Read the column in the Washington Post
Image: PM Modi washes the feet of sanitation workers during the Kumbh Mela earlier this year.
« Back to LIVE